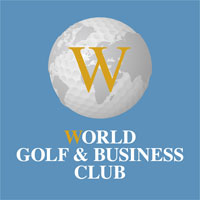 Networking, business talks and playing golf – business golfers met on September 17, 2021 for the 12th CEO-CUP in the Munich Golf Club, the outstanding golf and networking event on one of the most beautiful golf courses in Germany.

As a partner of the CEO-CUP, the WCLUB had invited its members and all flights of the tournament were fully occupied.

In addition to having fun playing golf, it was the interesting business contacts that created a special atmosphere. Only a few participants are taking part in this invitation-only event for the first time. At the subsequent award ceremony, VIP memberships in the W CLUB were raffled off among those who had already taken part in the CEO CUP more than 5 times. Claus A. Feldt, Chairman
Management Board of the WCLUB, warmly welcomed the winners to the WCLUB: Claudia Bachmair-Vogel, Heidi Bange, Wolfgang von Bayern, Peter Dür, Stefan Fischer Alexander Helm, Thomas Herrmann, Oliver Kugler, Ewald Manz, Markus Neudeck, Bernd Otten, Thomas Ritz, Bernd Schneider, Michael Wörner, Christoph Grün, Denis Roland and Thomas Schiffelmann.

In the coming year the WCLUB will again be a partner of the CEO Golf CUP and invite its members to participate.

Partners of the WCLUB